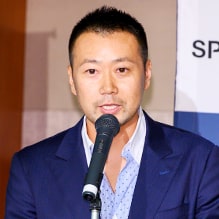 Takuya Watanabe runs his own company, Media Japan Network, Inc., which provides consultancy to Japanese major TV broadcasters and agencies, helping them build new business strategies, sales/revenue models and teams/partnerships to support their business growth.
Takuya joined Fuji Television Network, Inc., one of the biggest TV broadcasters in Japan in 2002 after graduating from Keio University with a degree in economics. After stints in the programming and production departments, Takuya transferred to Human Resource department in preparation for the managerial position in FCI, subsidiary of Fuji Television in New York.
In 2008, Takuya moved to New York where he served as a director of business development. He oversaw a wide range of projects such as developing strategic partnerships with ad technology companies, investing on US startups, and developing and producing television, internet and theatrical content for the U.S. market.
Takuya left Fuji Television and founded Media Japan Network, Inc. in 2016. He works primarily with Tokyo five major broadcasters and two big advertising agencies in developing advanced ad products with data and technologies by partnership or investment with/on US ad techs. He also provides advisory on investment for TV and musical content.
Takuya lives in Westchester with his family.

Thank you for your inquiry. Please confirm the email sent to you.

In case emails are not received.

Errors of email address entry may result in our emails not being delivered. There can also be reports of delivery failure due to use of free email addresses.

◆ For users using free email addresses such as Gmail

Emails sent from our website may be automatically marked as spam or junk mail causing delay or delivery failure. Please register the address tak@mediajannetwork.com as “not spam” or “safe sender”.